Music has been a pivotal part of our lives during this pandemic. It has helped us cope and overcome difficult times. It has uplifted us and made us look forward to brighter days.

However, during these tough times the music industry have been hit hard due to the closure of venues and lack of aid. The pandemic has also brought light to the disproportionate effects on artists of color, who have been more adversely affected due to lack of generational wealth that gives them access to capital.

The Tivoli Audio community is a fabric woven by diverse people throughout the world and the main thread we all have in common is our love for music. With that in mind, we encouraged our community to rally behind independent music artists, producers and DJ’s and support them anyway they could. Either by purchasing merch, an album or just reshare their Instagram. We were overwhelmed by the love shown for independent artists.

We understand how important supporting artists are to our community and will continue to amplify your message of solidarity.

This month, we are resharing the stories of three talented independent artists residing in Boston, where Tivoli Audio's roots are deeply planted. Get ready to add some new artists to your playlist because these three are heavy hitters. Billy Dean Thomas, AKA “The Queer B.I.G” is a Grammy nominated songwriter/ Hip-Hop recording artist and producer born and raised in Harlem, but currently residing in Boston. Billy Dean challenges the music industry with quick witted punchlines, that highlight intersectional feminism, social justice and growing up in a gentrified city. Recently named of NPR’s 2020 Slingshot Artist to Watch, Billy Dean Thomas has been described as a blend between “The Roots and Rage against the Machine” and is known to pack messages as potent as a Jams Baldwin speech.

Who or what inspired you to become an artist

From a young age, I always gravitated towards language and became fascinated by words, the meanings and, more specifically, the sounds that they created. I spent hours reading the dictionary and practicing lyrics of complex lyricists and even other languages to try and emulate the phonetic pronunciations. (before I even knew what phonetics were).

What are you currently working on

Currently, I am trying to find the right balance between my work as a creative consultant, working primarily with artists fine tuning showcases, project development and sustaining their work as an artrepreneur, and Billy Dean Thomas the songwriter, producer and creative. The Artist part of me is currently in writing mode, looking for inspiration in nature and dedicating myself to strengthening my music production while taking guitar lessons. I am also pumped to share that I have just started a partnership and that the world will soon be hearing some Billy Dean Thomas in movies and television shows!

The best place to listen to my music would be on Spotify, despite their awful policies, and to purchase music and merch on my Bandcamp. Bandcamp is really for the Artists! ALDRA, is a Somerville, MA-based performing and recording artist whose music draws influence from soul, R&B, and alternative pop. She captivates listeners with velvety tones, profound lyrics, and imagery to bring them on a journey through her life experiences.

What or Who gave you the impetus to become an Artist

A lot of that would be a big thanks to my parents, who put my siblings and I the church choir the minute we could make sound. From that point on it was a rabbit hole of falling into different musical opportunities.

What artists influenced you to create such soulful music

A heavy hitter for me is the whole Motown Era. There was not a Saturday you could walk into my house growing up and not hear Marvin Gaye or Stevie Wonder. I’d also say Corrine Bailey Rae, Lauryn Hill, India Arie, Amy Winehouse and Alicia Keys.

What are you currently working on

Currently I’m in the process of recording my debut album with Plaiddog Recording in Boston, MA and a few singles with producer Don Nocera that I'm extremely excited to share with y’all. “Quicksilver” the first single of the EP is available for streaming. My music is available on all major streaming platforms, you can find me as long as you punch ALDRA into that search key! A lifelong lover of music, Red Amandala is a Boston based Hip-Hop recording artist who classifies his music as a mixture of 'spoken word style rap'. At an early age, he joined the choir and had an aptitude for music. Inspired by his sister, a spoken word poet, he created his own rap style based around these poetic elements. He's part of a group called 1RAC with his childhood friends who go by the names 1of1Soldier, Chief Bacon and Rocco Noah. He recently released new music called “Y Me,” you can find that and more of his music on Soundcloud. 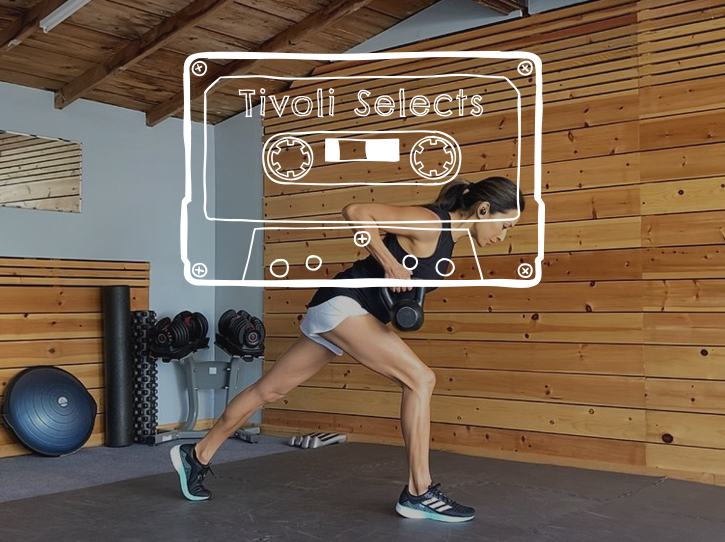 Erick the Architect Presents — a Soundscape for Healing and Inspiration